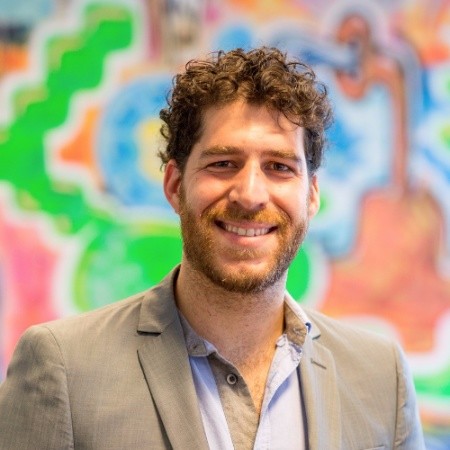 When confronting a new data science problem, one of the first questions to ask is which technology to use. There is hype; there are standard tools; there are bleeding-edge technologies, entire platforms and off-the-shelf solutions.

Over the last few years, I’ve been building proof of concepts and solutions with any technology I could get my hands on. If there is a new platform, I register for the trial; if any of the big cloud platforms releases a new feature, I will try it out; and when a new technology comes up, you can be damn sure I’ll run through some tutorials and try it on my datasets.

From this perspective, I’ve decided to compare data wrangling technologies to choose the one most suitable for tabular data exploration, cleaning and wrangling for my next projects. I also take this as an opportunity to get back in touch with technologies I haven’t been using for a few years, which I assume have gotten better with time.

Vaex is on the rise as the new big data technology. But, If you’re already using a PySpark platform or have PySpark talent available, is it still a fine choice.

In the following, I assume basic proficiency with Python API and big data capabilities. The data I chose was the Taxi billion rows 100GB dataset. The goal is to compare the technologies on their APIs, performance, and ease of use. I consider Pandas as the baseline having the most natural API (which is debatable I admit), as it is the most common solution by far, but can not handle big data.

You have two conventional approaches/ways to deal with big datasets: stronger/distributed computations where you match the memory to the size of the data, or an out-of-core solution, where data is only read in memory when it’s necessary.

The difference in costs is immense, so I’ve decided only to consider solutions which can work out-of-core.

I used a $0.95 per hour ml.c5d.4xlarge instance on AWS Sagemaker so it would be easy to replicate the benchmarks. It has 16 vCPUs, 32 GB of RAM plus 500 SSD which has a subtle resemblance for a solid laptop.

Although all of the competitors can read a CSV file, a more optimized approach is to use the binary version that is most suitable for each technology. For PySpark, Koalas, and Dask DataFrame, I used Parquet, while for Vaex, I used HDF5. Turicreates’ SFrame has a particular compressed binary version. Datatable is a special case optimized for the jay format. While I could not read the CSV files with Datatable, regardless of the size of my instance (even with more than double the data size in RAM), Maarten Breddels hacked a way to use HDF5 with it. It would be nice to do an update when Datatable can reliably read multiple CSV, Arrow, or Parquet files.

I’d like to note that the development of this benchmarks was a bit expensive, as technologies kept crashing many times after running for a few hours, though just running the code as is shouldn’t break your wallet.

Just eyeballing the APIs can give you a sense of the amount of code and design patterns of each technology.

Winners — Vaex, Dask DataFrame, Turicreate, and Koalas have a very Pandas-like code (for Koalas it’s identical), it’s easy to do whatever you want.

Losers — PySpark and Datatable as they have their own API design, which you have to learn and adjust. Not a difficult task, but if you are used to working with Pandas, it’s a disadvantage.

Winners — PySpark/Koalas, and Dask DataFrame provide a wide variety of features and functions. Note that in some complex cases when using PySpark, you might need ”map-reduce” knowledge to write algorithms to fit your needs. With Dask DataFrame, you might need to know when you can or cannot use a sklearn feature that can scale without a large memory footprint.

While Vaex and Turicreate have some missing features, they do cover most core functionalities.

Losers — Datatable seems a bit immature and far behind.

Often, when building solutions for machine learning and backend API (unlike with visualizations), you need to program a pipeline of your process. For example, when normalizing a column, you need to remember the mean and standard deviation to normalize new observations. Here simplicity, flexibility, and writing less code and are essential. For many data-science applications, this can be 80% of the work.

Winner — Vaex. With its expression system, any transformation to the dataset is saved in the background such that you can easily apply it to new data. That makes pipelining not just painless, but practically a non-task.

Runner up is Dask DataFrame, which has a variety of pre-processing tools. However, you might need to implement your transformers and consider which sklearn transformers can be processed efficiently.

Next is PySpark. Even though building pipelines is one of PySpark strongest suits, you need to write much code to make it happen. Another thing that holds PySpark back is that installation and deployment of models and pipelines are far from trivial. You almost surely need (or would prefer) using an expensive platform like Databricks and Domino, or rely heavily on the infrastructures of Sagemaker, Dataproc or Azure.

Turicreate and Datatable have no pipelining features to speak of.

Although Koalas has a better API than PySpark, it rather unfriendly for creating pipelines. One can convert a Koalas to a PySpark dataframe and back easy enough, but for the purpose of pipelining it is tedious, and leads to various challenges.

Lazy evaluation is a feature where calculations only run when needed. For example, if I have two columns A and B, creating a new column A*B takes practically 0 seconds and no memory. If I want to peek at the first few values of that column, only those are calculated, and not the entire column.

Lazy evaluation makes the process of feature engineering and exploration MUCH faster, more comfortable, and prevents you from having other massive columns in memory. It’s particularly valuable when working with big datasets as engineering new columns, joining tables, or filtering data too big to fit in memory is likely to crash your machine.

Performance-wise, as you can see in the following section, I created a new column and then calculated it’s mean. Dask DataFrame took between 10x- 200x longer than other technologies, so I guess this feature is not well optimized.

“All benchmarks are wrong, but some are useful” — misquoting George Box

Since performance can vary, I was inspired by this blog to run every benchmark twice. I’d like to consider the first run to be more relevant for a batch job (and more indicative of disk read speed), and the second one to be more representative of the experience when you are working interactively (the actual speed of the method).

In all of the following graphs:

Here I tested the basics; mean, standard deviation, value counts, mean of a product of two columns, and creating a lazy column and calculating it’s average.

I run group-by with mean and standard deviation on two columns, then joined it to the original dataset and counted the rows so I won’t have to handle the entire joined dataset in memory. I also run a super-duper complicated mathematical expression to explore the impact of a lengthy feature engineering process.

A definite win for Vaex while Dask DataFrame and Turicreate are getting further behind.

Here I first filtered the data and repeated the operations above.

Unfortunately, Koalas, Datatable and Turicreate crashed at this point.

These results are a good indication of data cleaning performance. Below you can see the tabulated results.

Winners — A clear win for Vaex.

I was using Turicreate as my go-to package for a few years since it was open-sourced, and PySpark before that, but I am switching to Vaex. Although still in it’s early stages and a bit raw, the expressions and transfer of states allow me to write much less code sacrificing features I don’t commonly use, and it’s just super fast.

I was surprised to see how well PySpark and Koalas did. Still, setting it up, deploying solutions without using a ready platform, the issues with pipelines, the unexplainable errors during development (and funky PySpark APIs) are just too much for me.

Dask DataFrame was an unfortunate challenge. It crashed numerous times, and I went through hoops to have it competitive in performance (check out the notebook).

All in all, PySpark and Dask DataFrame were the most expensive in time and money during the benchmark development.

I am interested to see how Datatable grows in the future.

Don’t expect to see much progress for Turicreate as they are currently concentrating on their deep-learning development.

If you have any questions or ideas, you are welcome to comment/issue in the Github repo for benchmarks.

I plan to re-run and update the benchmarks if I find a reasonably fair way to optimize any of the technologies, and including string column benchmarks while using different instances.